Breakthrough infections: How prevalent are they? 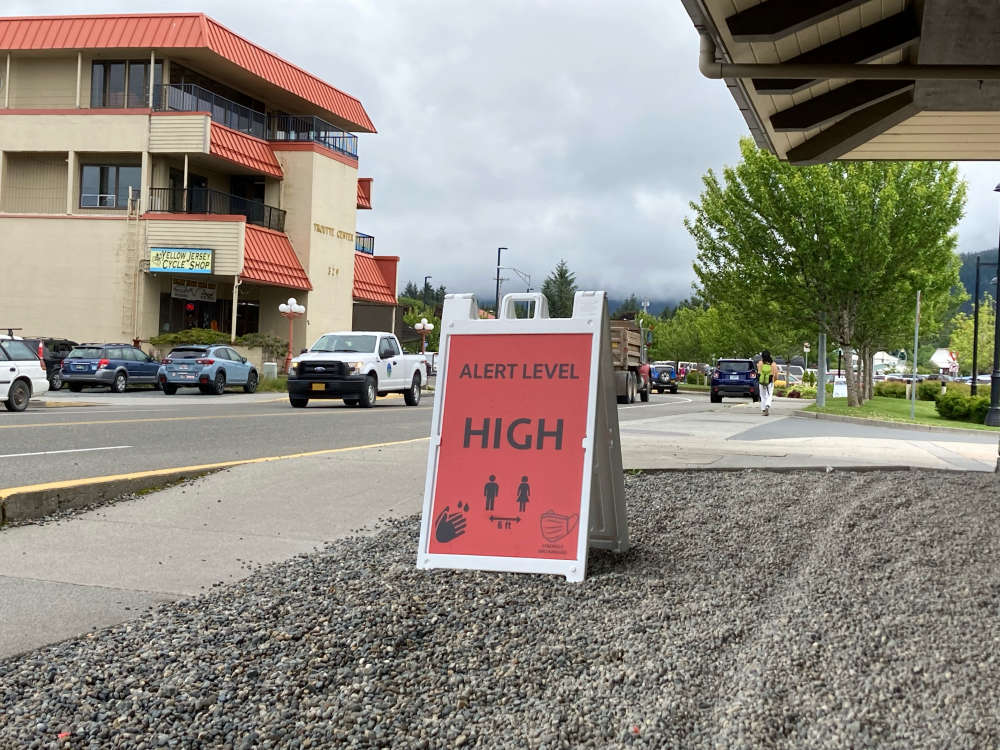 Juneau, Alaska (KINY) - The City and Borough of Sitka recently began reporting whether their positive COVID-19 cases were fully-vaccinated at the time of their test result. Some have wondered about the prevalence of "breakthrough infections."

State epidemiologist Joe McLaughlin had a simplified example to share about breakthrough infections, while he was a panelist on a COVID Community Update with the City and Borough of Juneau on Tuesday.

He said first: imagine there are two groups of 100 people. Group A is 100% fully-vaccinated against the virus. Group B is 100% not vaccinated and nobody has had prior infection. Then, he said, expose all 200 people to the virus that causes COVID-19.

"In the first group, the fully vaccinated group, we can expect that anywhere from five to about 25 people would get infected if they're exposed. This depends on which vaccine they got--an mRNA vaccine or the Johnson and Johnson vaccine--and it also depends on which strain of the virus they were exposed to," he said.

"In Group B--the unvaccinated group," McLaughlin continued. "We can expect that 100%--or everybody--all 100 people will get infected."

McLaughlin said that's a big difference. He also underscored that unvaccinated people account for more than 90% of COVID-related hospitalizations and deaths.

There have been concerns that the number of infections among fully-vaccinated people in Sitka is higher than that. In a July 14 release from the Unified Command in Sitka said in 18 out of 60 positive cases they looked at, or 30%, were considered breakthrough.

Coleman Cutchins, a pharmacist with the state Department of Health and Social Services, said that with such a small population, there is a high chance for variability. That means the actual rate of breakthroughs could be higher than what is expected.

"As the group of vaccinated gets larger, you have a much higher chance of having the same number of cases in the vaccinated versus unvaccinated," he said. "But we really have to look at the denominator and the percentages, because it's much different in these two groups."