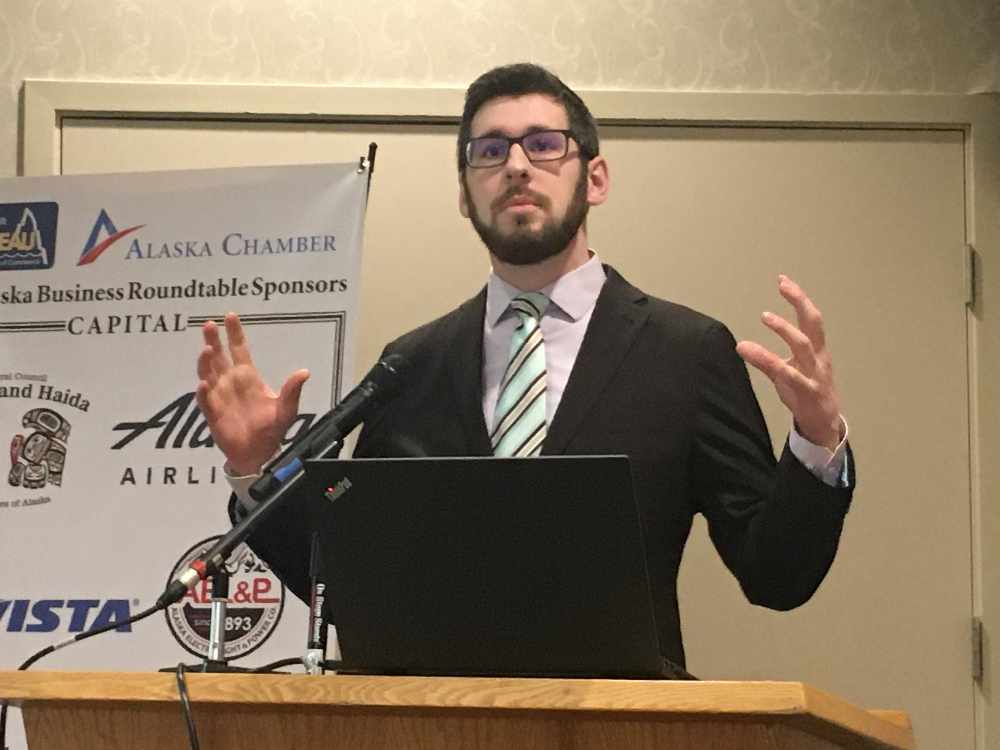 Juneau, Alaska (KINY) - Neil Steininger, Director of the Office of Management and Budget, spoke about the state's fiscal situation.

The Juneau resident has worked his way up the ranks for the state.  He worked with transportation, health and social services, and the permanent fund division before coming to the office of management and budget.

He said there are limited resources and unlimited needs for state agencies.

Over half of the state budget goes to education and health and social services.  This year's budget is just over $1.5 billion.

$16 billion was put into the state's two savings accounts during high savings years.  It has allowed the state to withstand the storm of recent years.

"If we didn't put away all these revenues we wouldn't have been able to manage our way through that.  We now have spent down our savings," he added.

Over the past five years, they have spent nearly all of the $16 billion.  Steininger said now the state is at an impasse.

If we keep spending the way we have, we will have no revenue left, he said.

Education spends over $1.2 billion each year.  Retirement costs are also a major cost driver for the state.  It totals about eight percent of the state's annual budget.

About three percent of spending goes toward debt payments.

State employees cost about 18 percent of the state budget.

"The big problem the state has is the spending obligations we have is more than the state's revenue."

The state focused on the spending area last year.  This year the OMB 10 year plan included five plans or proposals.  Some consideration was given to adding new revenue.

These include changes to the PFD formula, sales taxes, income taxes, reductions in services, and a variety of revenues like the lottery.

The governor has agreed to look at these ideas but wants Alaskans to vote on them.

"Every Alaskan in every area of the state has a little piece of the solution.  The solution doesn't just come from one area, we are here in the state together.  The solutions are not easy to talk about, propose, or think about and discuss."

Included are changes to the PFD, new revenue measures, and reductions in state services.

"It is a multi-pronged approach, it is not something that can be solved unilaterally.  The governor is very committed to hearing from Alaskans and their suggestions," he added.

State jobs have been reduced by 18 percent in Juneau since 2012.  There will also be a loss of jobs in the Alaska Marine Highway.   The overall reduction in state jobs has been nine percent in that time period.

Experts project new finds and production will not bring in a lot of additional revenue to Alaska.  The Department of Revenue long term estimate is mostly flat at around $1.5 billion.

"They see it as the new normal," he added.

Steininger said an income tax would not solve the entire budget problem but be only part of the solution.

Executive Director Craig Dahl said a public meeting at the Mendenhall Valley Library on February 18 will explain the new design of the New JACC and Centennial Hall from 5:30 to 7 pm.