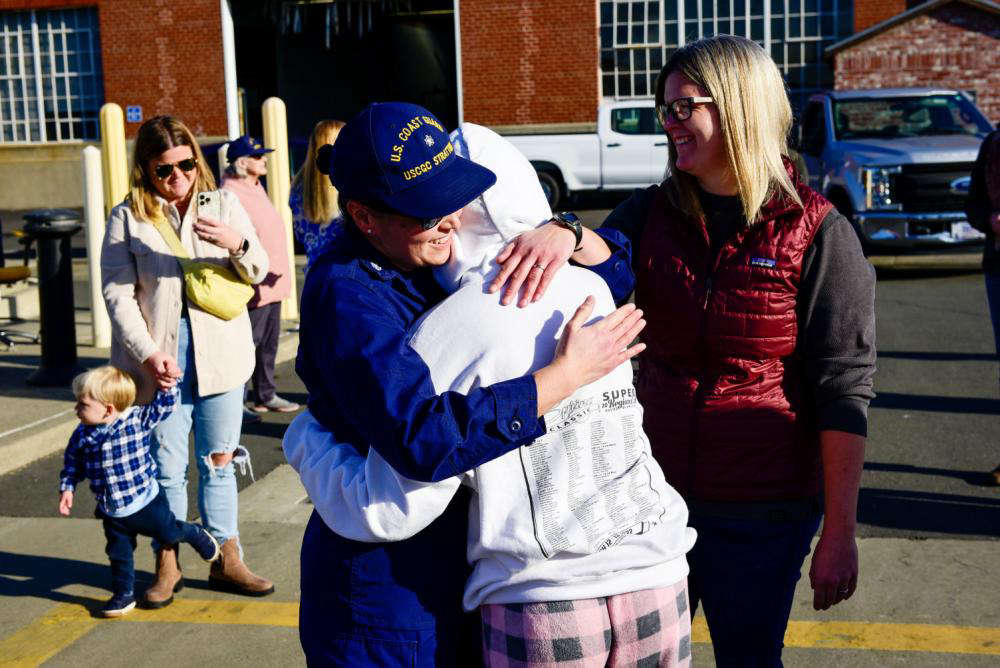 In August, the cutter and crew departed Alameda to project U.S. sovereignty throughout the U.S. Arctic waters, provide search and rescue capabilities in the region, and meet with Alaskan communities.

Stratton repeatedly operated along the length of the U.S.-Russian maritime boundary line (MBL) from the Diomede Islands to well above the Arctic Circle. They patrolled within the U.S. Arctic zone.

Stratton also patrolled the U.S.-Canadian MBL in the Beaufort Sea, demonstrating a presence in the distant regions of the Arctic.

On September 26th, the Stratton and the Coast Guard Cutter Kimball (WMSL 756) became the first national security cutters to jointly patrol the U.S.-Russian MBL above the Arctic Circle.

The operational intent was the protection of the sovereign rights of the U.S. and the promotion of international maritime norms through Coast Guard presence and influence in this increasingly strategic and competitive region.

Stratton's crew supported multiple search and rescue cases during their patrol, including rescuing two fishermen from a disabled vessel 180 miles off the Oregon coast while Stratton was transiting to the Arctic. The crew towed a 66-foot disabled fishing vessel toward shore and then transferred the vessel and survivors to a Coast Guard Station Coos Bay 47-foot Motor Lifeboat crew, approximately 45 miles offshore Coos Bay, Oregon.

Stratton's crew also coordinated with Air Station Kodiak aircrews and the Alaska State Troopers to help locate a family stranded on the remote shores of Kotzebue Bay, Alaska, after their boat capsized.

The crews exercised bilateral coordination to locate a simulated vessel in distress using Stratton's Scan Eagle unmanned aerial system and operations specialists aboard Stratton, who directed the Canadian small boat crew toward the distressed vessel while watching a live feed from the overhead drone.

The Canadian small boat located, recovered, and then returned the distressed vessel to the Stratton.

While operating near and above the Arctic Circle, Stratton's crew conducted multiple outreach events with community members and key leaders in Kaktovik and Utqiagvik on Alaska's North Slope. The crew also visited the village of Savoonga on Saint Lawrence Island, Alaska.

"I'm extremely proud of this crew and all they have accomplished," said Capt. Stephen Adler, Stratton's commanding officer. "The U.S. Coast Guard provides the nation's most active and visible maritime presence in the high latitudes and coordinates with our international partners through joint exercises and professional exchanges to maintain a safe and prosperous Arctic region. The Coast Guard remains 'Always Ready' to preserve and protect our northern shores and waters. As more ships and people move into the Arctic, the Coast Guard will be there to ensure safety of navigation and preserve our national sovereignty, as it always has. The crew has truly lived up to our ship's motto of 'We Can't Afford Not To' throughout our patrol."