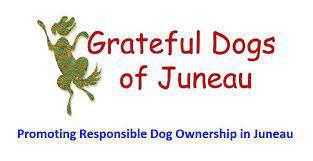 George Utermohle, President of Grateful Dog's board, said how to donate.

"Starting Monday, December 5th will be the 13th annual holiday pet food drive which Grateful Dogs holds each year to collect cat and dog food for distribution to the local food banks to Southeast Alaska Food Bank and food pantries. Occasionally, when we have additional supplies, local animal rescue organizations throughout southeast Alaska. There are three locations where people can drop off donations of pet food at Petco during normal business hours, Monday through Sunday. A drop off at JAR, the Juneau Animal Rescue, formerly Gastineau Humane Society building. They will be there during normal hours Monday through Saturday. And then also the Southeast Alaska Food Bank will have a collection box available during their normal business hours."

Utermohle gave background on the organization.

"Grateful Dogs was formed about 2005 in response to a lot of activity in the community and concern about dogs in the community. So we organized an advocacy organization on behalf of responsible dog owners to have their input into local decision-making. We cooperated in the past with the City Parks and Rec, US Forest Service, Department of Fish and Game, and other organizations on dog-related issues in the community. Quite often involved in public decision-making at the assembly level in relating to ordinances dealing with dogs. We encourage people to train their dogs well and pick up after their dogs, and take care of them properly."

He said this year they hope to break their 2020 record of over a ton of food.

"Last year was rather disappointing. For some reason, we had a record-low collection. The previous year I think we had a record high of over a ton of food collected. Every bit helps. And actually, we almost constantly run out of cat food. We never get enough cat food to serve the needs of the clients of the food bank and the other organizations that we serve. Cat food is always in high demand."