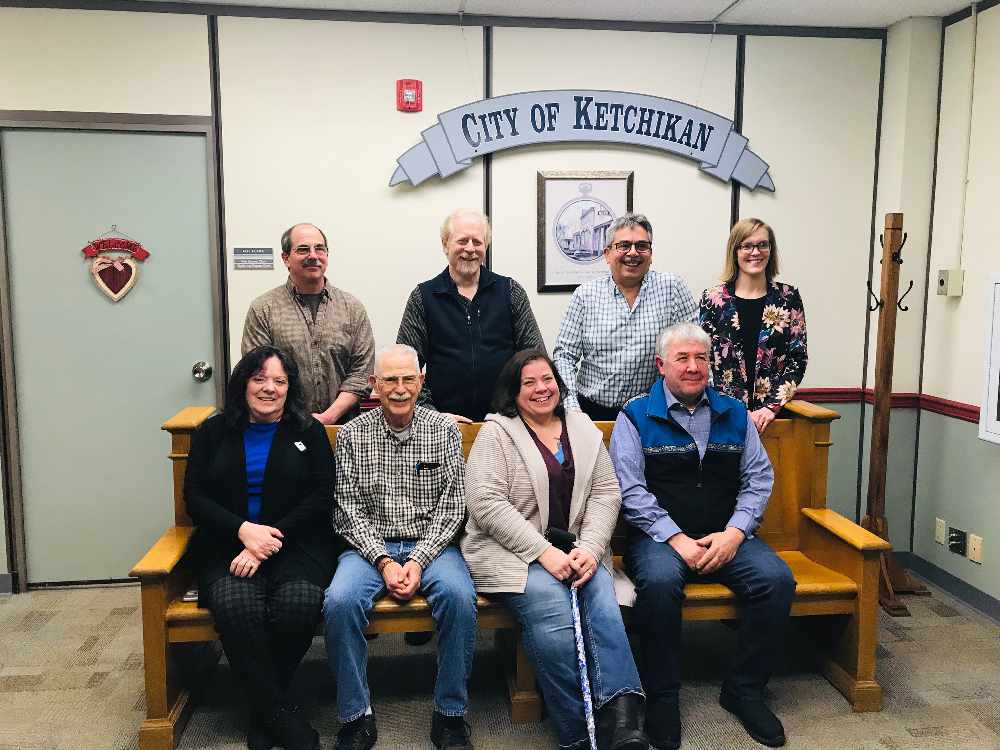 Members of the Ketchikan City Council.

Ketchikan, Alaska (KINY) - The Ketchikan City Council will take up this week whether to change the way they open their meetings.

At the council meeting of Aug. 6, 2020, the council discussed recognizing traditional tribal lands at the beginning of each meeting at the request of Councilmember Emily Chapel.

The council heard from Tongass Tribal Leader Richard Jackson, who volunteered to draft a statement for consideration and use at meetings.

Jackson's draft reads, "The Ketchikan City Council would like to respectfully acknowledge the traditional first people of this land in Ketchikan, the Tongass Tlingit people."

In addition to the proposed statement above, Jackson provided historical information for the council.

"The Tongass Tlingit were the first people settled in Ketchikan, relocating from Tongass Island," Jackson stated. The name 'Kichxaan' is a Tongass Tlingit name. They built a winter village on both sides of Ketchikan Creek where the salmon were abundant. The creek and the land around the mouth of the creek were owned by members of the Tongass Ganax.adi clan, and the Tongass Teikweidi Bear clan."

At its meeting of Sept. 17, 2020, the council adopted a motion directing staff to place an amendment to the City Council Rules of Procedure on the Oct. 1, 2020 agenda as the first item of unfinished business.