Officials deliberate on revenue sharing deal on Gondola with Goldbelt 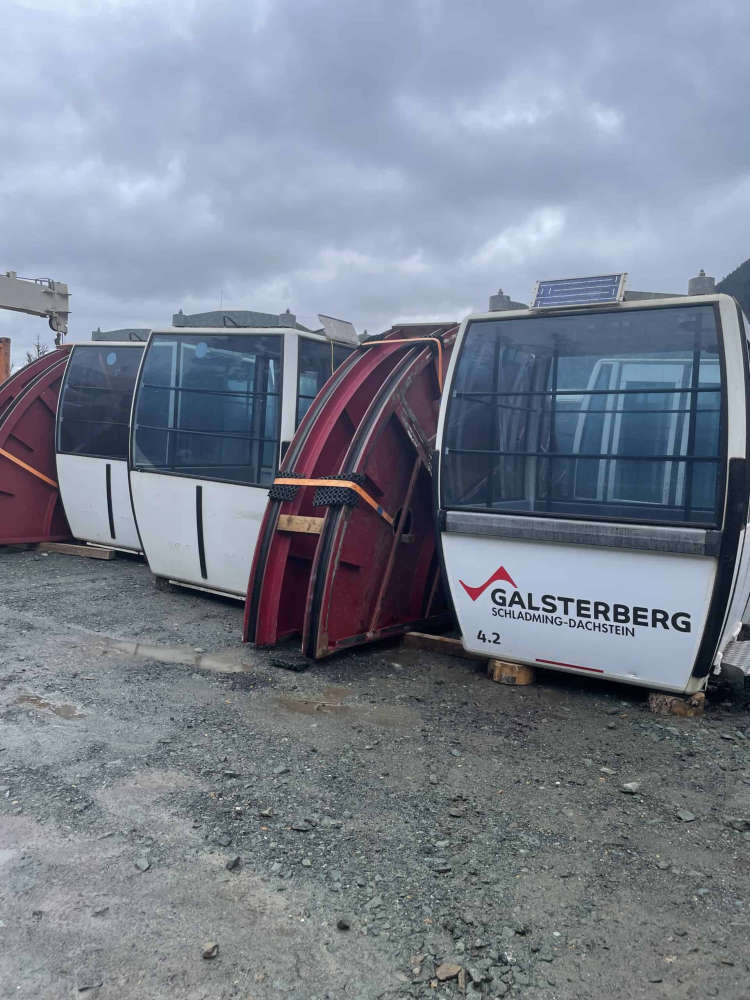 Juneau, Alaska (KINY) - The Juneau Assembly discussed a revenue sharing deal with Goldbelt during their meeting this week.

The current proposal calls for Goldbelt to contribute $10 million to the Gondola Project in three separate payments, in December, and then April and August next year.

The funding would be for building the towers, foundation, cabling, and going from the bottom and top terminals.

The agreement has a term of 25 years from day the Gondola Project opens, which in the agreement is listed for May of 2027. If it is not operational by then, Goldbelt can pull out.

City manager Rorie Watt talked about projected traffic it might see in its first year.

"We've agreed that the assumptions are starting in the first year of full operation 75,000 passengers, which on 100 day cruise ship season, it's really not that many passengers and it's not that big a piece of a growing market. Revenue per visitor of $65, we don't none of us think that's real aggressive number, and then all of the rows from there just cascade forward at a visitor growth percentage of 3% which may or may not be accurate but seems reasonable from what we've seen over the years and in terms of market share natural growth and cruise ship industry and boat sizes. We think the these are reasonable numbers for all of us to be using.

Goldbelt's President and CEO Mchugh Pierre said the investment is a great opportunity and believes the 75,000-visitor figure is achievable.

"Eaglecrest can be that adventure experience that does not exist, while the tram can focus on cultural you know more, I would say traditional true cruise or tour visitors to Juneau that is not as extreme perhaps. So, we're not going to have mountain bikes on Mount Robert school, the tram is never going to authorize that, but we can see in the future where you might be riding a mountain bike down Eaglecrest, and so those are some of the things that we're excited about, and we think this is a really great opportunity to participate, and we believe 75,000 visitors in the first year is acceptable and doable."

"We believe a ticket is going to be closer to $100, maybe $105, because what you've got is you've got a bus fee, you've got a commission that's being included in that and then you have the take home and so when you look and see what people are paying across the region for experiences, that's still on the low end of an excursion experience. So that's it's a very competitive price, and so, people are getting access to somewhere they've never been something that's unique and the opportunity to explore, and that's enough." 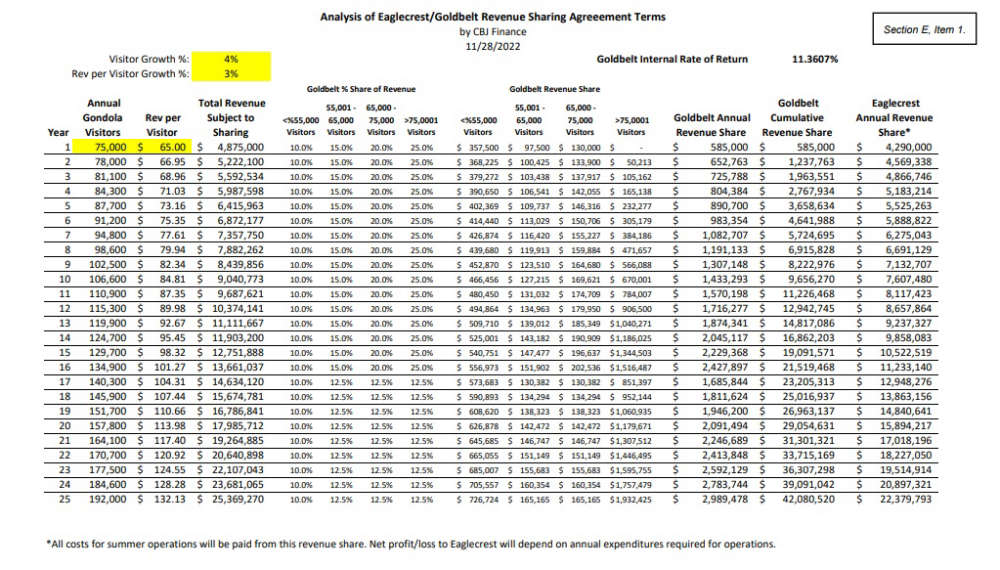 Goldbelt would receive 10-25% of the summer operation revenue until they are repaid a minimum of $20 million in compensation for its initial investment.

The committee of the whole moved to have an ordinance be drafted up on the proposal.

Meanwhile, members were told in the public works and facilities committee meeting that shipping came in $262,000 over budget.