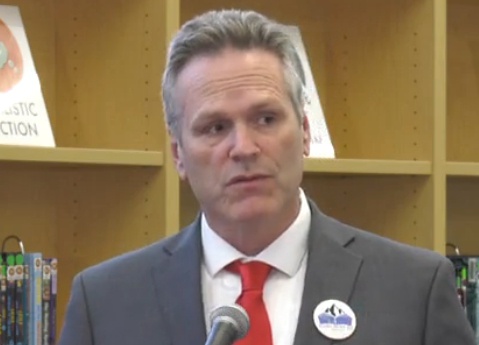 Juneau, Alaska (KINY) - During a virtual special meeting Wednesday, the Alaska State Board of Education and Early Development voted to send regulations out for public comment pertaining to the Alaska Reads Act, approved a Teacher Apprentice Program board resolution, and modified the board's 2023 meeting dates to accommodate Commissioner interviews and approval of Alaska Reads Act regulations.

The proposed regulations are in response to the passage of House Bill (HB) 114, Education: Schools; Funding; Programs, also known as the Alaska Reads Act, that became law on July 15, 2022 (Chapter 40, SLA 2022). The effective date of this new law is July 1, 2023. The Alaska Reads Act created four new programs in the Department of Education and Early Development: an early education grant program; a district reading improvement program; a department reading program; and a virtual education consortium.

The regulations approved to go out to public comment address three of the four programs (an early education grant program; a district reading improvement program; and a department reading program), as well as amendments to teacher certification regulations tied to the Alaska Reads Act. The regulations for the virtual education consortium are forthcoming. A summary of the proposed regulations is available here.

The board approved a resolution in support of alternative pathways to teacher certification. The board's resolution supports efforts by DEED to identify fiscal resources that can be used to support alternative certificate programs in Alaska as recommended by the Teacher Retention and Recruitment subcommittee on Alternative Certification Programs, identify regulatory changes that would allow for additional teacher preparation programs to be allowed in Alaska, and develop a Request for Information for development of an alternative education program.