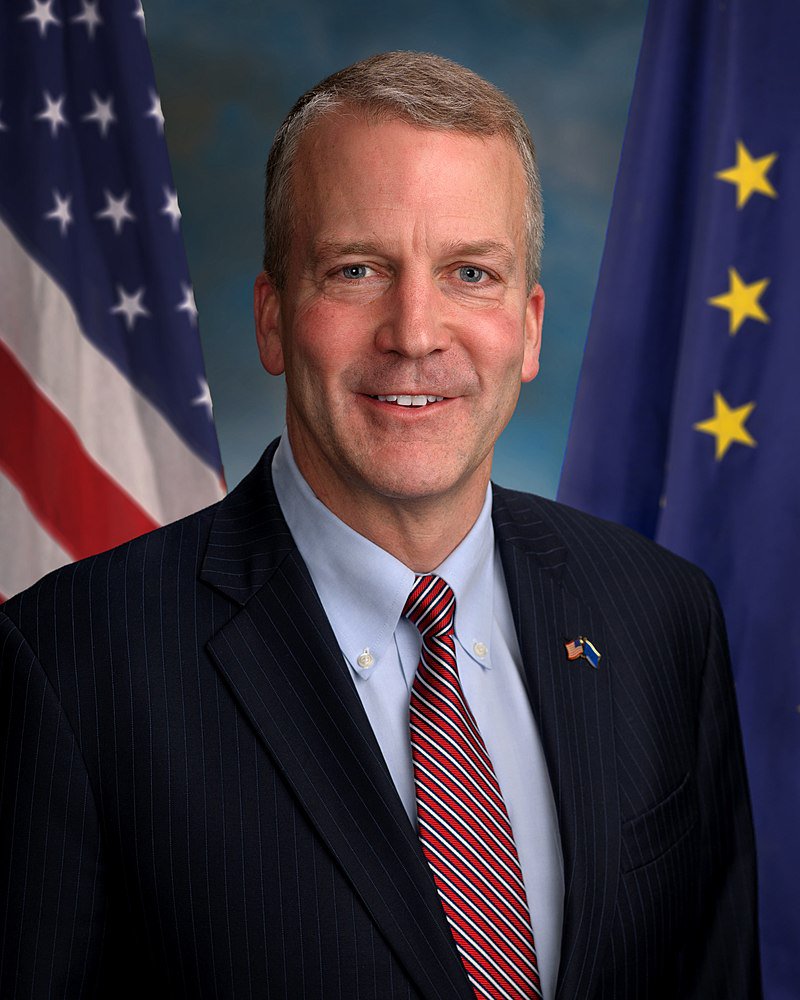 In visiting these countries, the senators saw firsthand how the Abraham Accords have enabled unprecedented regional integration and cooperation, and they discussed ways in which these Accords can be strengthened and expanded to bring in other countries.

“I want to thank Senators Rosen and Lankford for organizing this important, historic trip to meet with the leadership of Abraham Accords countries who have normalized relations with Israel. It was also an honor to meet with some of our brave military men and women – including Alaskans – who are serving in the region,” said Senator Sullivan. “The ongoing and severe challenge posed by Iran, the world’s largest state sponsor of terrorism, and its proxies, was a central theme raised by every single leader we met with in every country. The United States and our partners in the region must take collective actions to deter the violent, malignant activities of Iran, including working toward a system of integrated air and missile defense. The Iran challenge can also be turned into an opportunity to expand the Abraham Accords to other countries – this was another common theme we heard from leaders in the region.”

“The Abraham Accords have fundamentally transformed the Middle East and are paving the way for unprecedented partnerships between Israel and Arab partners,” said Senator Rosen. “During this visit, my colleagues and I witnessed firsthand how the Accords are enabling cooperation in areas such as energy and water security, trade, health, technology, tourism, and people-to-people relationships, as well as regional security integration to defend against Iranian aggression. I want to thank my colleagues for joining me on this historic, bipartisan trip.”

“The Abraham Accords have been the most significant development for Middle East peace in decades. I have worked for two years to build on the success of the Abraham Accords by strengthening the commitment of current countries and finding additional nations to join,” said Senator Lankford. “Over the past week, I have spent face-to-face time with the key leaders from Morocco, Bahrain, United Arab Emirates, and Israel to talk through problems and opportunities for the future of the Abraham Accords. Concerns with Iran and its proxies came up with every nation as well as the need to bolster defense cooperation, negotiate new trade agreements, and pursue religious freedom. When we find common ground and economic opportunities for all people, even unlikely allies can find a way to come together. We have much work to do in the days ahead, but working toward peace in the Middle East is important for America’s national security and economic growth.”

“Throughout our trip, we met with American diplomatic staff, servicemembers, business leaders, and regional allies and partners to reinforce our bipartisan commitment to the Abraham Accords and the historic opportunity it offers for normalization, cooperation, and integration across the Middle East,” said Senator Bennet. “The Accords have improved relations in the region by strengthening security, economic, and cultural ties between member countries. Moving forward, we should work to expand the Accords and advance progress on key issues, including energy and commerce, and continue pushing back against Iran's malign influence and aggression.”

“The signing of the Abraham Accords was a historic milestone in forging a lasting peace in the Middle East,” said Senator Gillibrand. “The normalization of diplomatic relations between Israel and its Arab partners has encouraged cooperation, economic prosperity and increased security in the region. I am proud to be part of this bipartisan coalition to the countries in the Abraham Accords and I look forward to bringing lessons learned on this trip to my work on the Senate Armed Services and Intelligence Committees, where I’m working to increase the national security of the United States and our allies.”

“Our bipartisan trip to the Middle East came at a critical time as we work together to expand on the Abraham Accords, counter shared threats, and promote peace. The conversations we had with government, military, and civil leaders this past week will inform our work to advance diplomacy in the region and around the world,” said Senator Kelly.

“I’d like to thank Senators Rosen and Lankford for leading this delegation and for inviting me to be a part of it. I would also like to thank the governments of Israel, the United Arab Emirates, Bahrain, and Morocco for welcoming us to their nations,” said Senator Budd. “The Abraham Accords were a historic breakthrough for peace and economic partnership in the Middle East. Our delegation witnessed the benefits of the Accords, particularly new trade deals and economic partnerships that will benefit all participating countries. Our delegation also heard firsthand about the challenges that remain, primarily the threat from Iran. We remain committed to strengthening and expanding the Accords, so that the future of the Middle East is one of prosperity and peace.”

In visiting these countries, the bipartisan delegation had meetings with government officials, including Moroccan Prime Minister Aziz Akhannouch and Foreign Affairs Minister Nasser Bourita to discuss how the Abraham Accords can directly improve the lives of the people of Morocco.

Also, UAE President Mohamed bin Zayed Al Nahyan and Foreign Minister Abdullah bin Zayed al Nahyan, met the delegation to reaffirm the United States’ commitment to the region and to the UAE’s security and to thank the UAE for its leadership on the Abraham Accords. The delegation also visited Al Dhafra Air Base to receive a briefing from United States Air Forces Central on how the Abraham Accords are contributing to regional security. The delegation also visited the Abrahamic Family House in Abu Dhabi, a complex housing three distinct religious spaces: a mosque, a synagogue, and a church.

And finally, they met with  Israeli Prime Minister Netanyahu, Defense Minister Gallant, and Speaker of the Knesset Ohana to discuss ways to strengthen the U.S.-Israel relationship and the Abraham Accords. The delegation also met with President Herzog to discuss ideas for new regional partnerships and with Opposition Leader Lapid about the importance of the U.S.-Israel relationship and the importance of preserving the Abraham Accords. In addition, the delegation met in Ramallah with Palestinian Prime Minister Mohammad Shtayyeh to discuss tangible measures that benefit the lives of both Palestinians and Israelis, while also pushing back on Palestinian policies that are undermining prospects for peace.