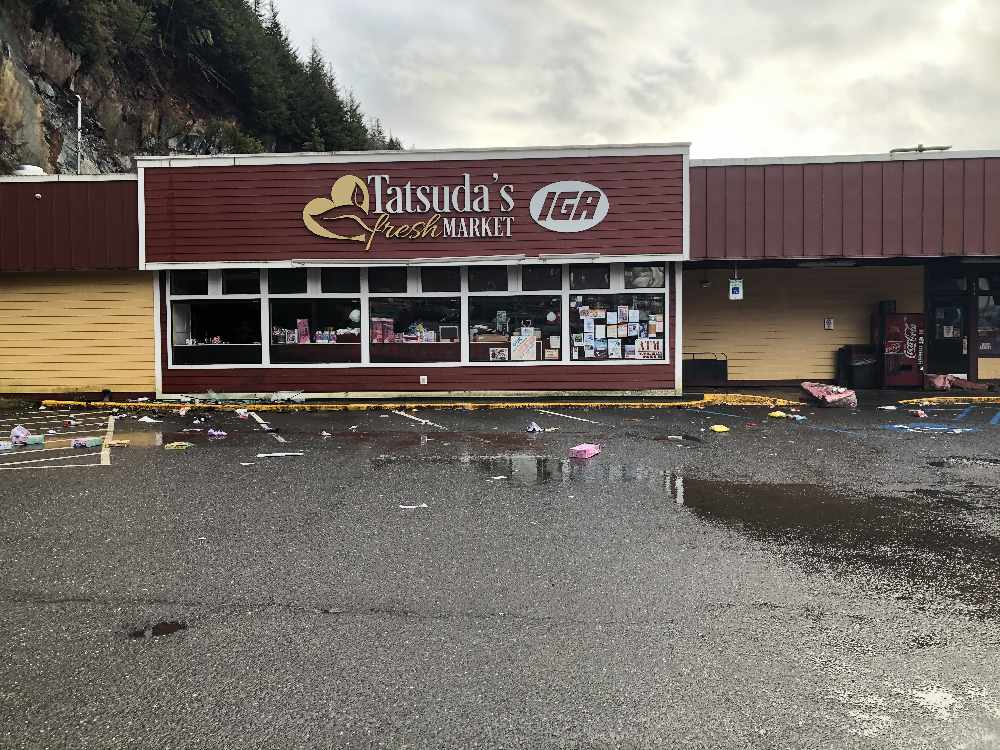 Tatsuda IGA and how it appeared after the rockslide.

Ketchikan, Alaska (KINY) - The Tatsuda family this week decided to demolish what is left of the family grocery store after February's rock slide.

The family has no immediate plan to reopen the store but are weighing their options.

The rockslide hit on February 27 and took out the roof and buried the store under massive amounts of dirt and rock.

Co-owner Katherine Tatsuda said they are happy that no one was inside the store when the slide occurred, "It was shocking, surprising and devestating.  We felt a tremendous sense of gratitude that it happened in the middle of the night when no one was in the store."

She said if the rockslide had happened during the day there would have been numerous deaths and injuries.

Since the disaster, the store handed out perishable items to customers during an impromptu rally.  They also repurposed a donated space in the local mall by using it as an office, a makeshift store, and sold bulk dry goods.

When Ketchikan had a toilet paper shortage during the pandemic, the store came through with pallets of paper products they had saved from the store.

They sold out the store inventory in June with three large sales on Saturday's.  One of the days was the best day for one day sales in store history.

"We don't actually have firm plans on rebuilding yet.  We are taking steps toward the future and determining what that looks like.  Stage one is demolition of the store.  The next step is working on developing the property.  With the cliff that came down, we could not rebuild how things were without having the cliff stabilized," she added.

The family business began in Ketchikan as Jimmie's Grocery in 1916.