Collman and Dale would fall to West Anchorage’s Eva Leif and Antonia Yu 7-5, 6-2 in the title match.

“The highlight for me was getting to play people from out of town,” Collman said. “And it was a great learning experience, and of course I just had a lot of fun. For me and Anna we just stayed positive the whole time. We kept a smile on our face and we tried really hard and listened to what our coaches had to say to us. They are amazing and their advice was great.”

Collman and Dale opened state play with a win over Dimond’s Megan Spils and Laney Fagerstrom 6-1, 6-1, then defeated Bartlett’s Lyndze Hatcher and Allision Pogue 6-1, 6-1 and fell to Leif and Yu in the first semifinal for their first loss. They then defeated Eagle River’s Sarah Von Luhrte and Skylar McCasland 4-1, 1-4, 1-0 (11-9) to earn a rematch with Leif and Yu in the state championship.

“It was very exciting, and it will be good preparation for next year,” Dale said. “Hopefully we can come back and do better.”

She added that replacing Collman will be hard.

“That is a tough one,” Dale said. “Jayme is kind of irreplaceable but I think we’ll still have fun next year. The highlight for me was getting to play with Jayme one last time before she leaves and it was fun to play all our matches. We got a lot of tennis in this weekend. It was a hard adjustment because the first few matches we were focused but we had to be a lot more focused towards the final matches because they were more skilled.”

JDHS junior Katie Pikul made it to the girls singles semifinals and placed third.

“There was quite a few very skilled players out there that had been playing tennis for a really long time,” Pikul said. “I definitely learned a lot. The last thing I learned was that I definitely need to make sure my approach shots are not hit right to the player. I was hitting a lot straight at my opponent when I really needed to move them around a little bit more. It also really helped with singles game for tennis to play all of these hard opponents and to get in all of these important matches because I learned how to keep positive when I wasn’t doing so well.”

Pikul would fall into the 1-Lose Bracket where she defeated Hendricks again 5-3, 4-0 and Huang again 4-1, 5-3 to earn a rematch with Green in the play-in game to the finals.

“Hopefully I’ll be able to go back and play singles again,” Pikul said of next season. “I know that the two girls in first and second place were seniors. I know the competition below me, like fourth, fifth and sixth place I have already seen and will probably see next year as well so hopefully I can go back and do better.”

Penn and Smith opened play with a win over West Valley’s Aidan Payan and Kade Rowland 6-3, 6-2, then defeated Eagle River’s Spencer Love and Korben Senden 6-3, 6-4 and advanced to play Butzke and Mateaki for the first time and defeated them 6-2, 7-5 and advanced into the first semifinal.

Penn and Smith would fall in the semifinal to South Anchorage’s Walker Brown and Aaron Griffin 6-2, 6-2 and drop into the top position in the 1-Loss Bracket awaiting their next match. Butske and Mateaki returned through the bracket to be that opponent but this time Penn and Smith fell and placed third. Butske and Mateaki would lose to Brown and Griffin in the championship 4-6, 6-4, 1-0 (10-4).

“It was awesome, a great first experience for me,” Bixby said of state. “We didn’t place that well but it was just really fun to see the competition and see how the tournament works. I learned that attitude really matters. I saw in the teams that did really well their attitude was completely different than the ones who weren’t doing as well.”

Bixby said she can improve on putting shots in play.

“Since I’m a mixed doubles player a lot of times that means I get some really hard hit balls hit at me by bigger guys,” she said. “So just getting racquet on those fast balls coming at me.”

“Definitely adapting to the new partner was different because they play way differently,” Bixby said. “Brendan is more hard hits, Alain is more precise hits, so just switching to that I just really had to pay attention.”

“We were very pleased,” Crimson Bears coach Anne Kincheloe said. “Mona (co-coach Mona Mametsuka) and I are very thrilled for how well they played this weekend. Jayme and Anna played an excellent match in the finals, but the West team was just a little bit better than them. Liam and Callan gave it their best shot and just came up a bit short this year. Katie played really well, too. She just came up against two really seasoned good players, she played awesome all weekend. We were just thrilled with all the teams' play up here.”

Juneau-Douglas Yadaa.at Kalé tennis team is a mix of JDHS and TMHS athletes and plays under the Crimson Bears sports umbrella. 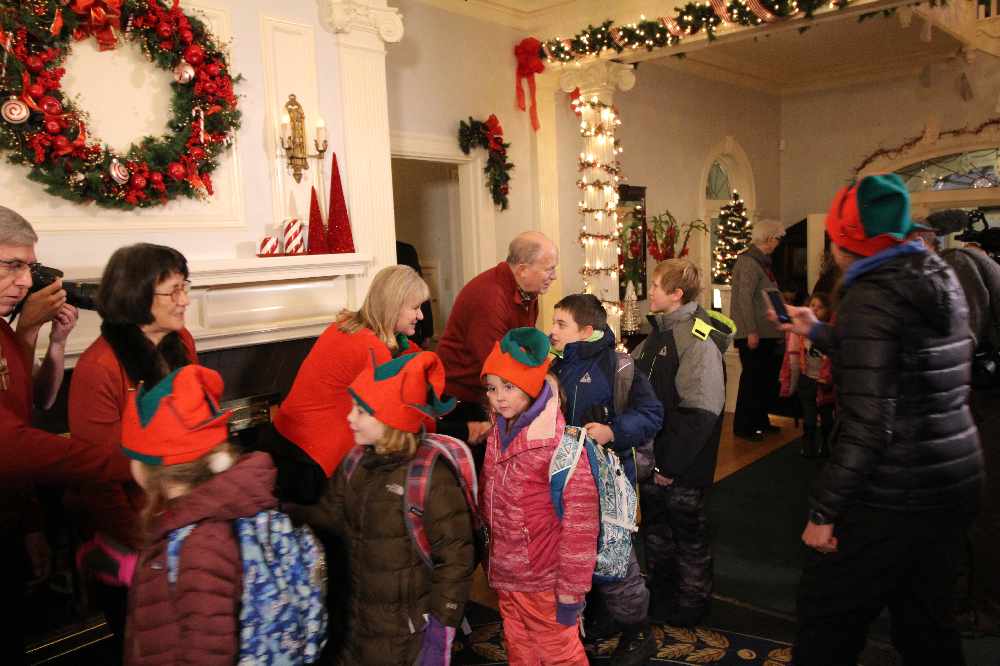