Tsunami advisory in effect for Alaska, BC and the US west coast 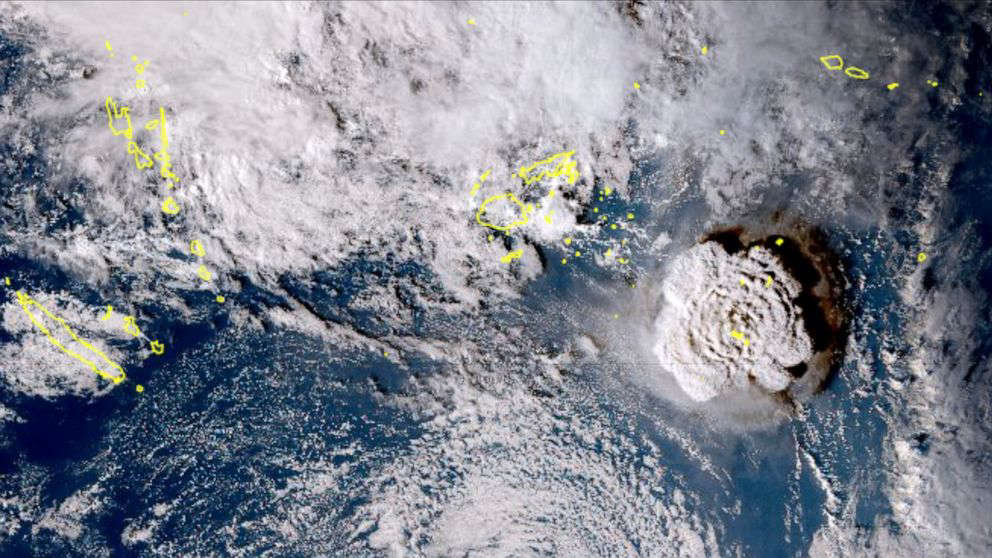 Tsunami advisory in effect for Alaska and the US west coast as waves hit Tonga following volcanic eruption.

An underwater volcano in the South Pacific exploded in a violent eruption on Saturday, sending a cloud of ash and gas steam into the air in Tonga. As a result a tsunami has hit Tonga’s largest island, Tongatapu, and reportedly sent waves flooding into the capital.

A tsunami advisory been issued for  Alaska, the US west coast from California to Canada’s British Columbia. Satellite pictures shows a massive ash cloud and shockwaves spreading from the eruption.  According to Radio New Zealand (RNZ) waves crossed the shoreline of Tonga’s capital, Nuku’alofa, on Saturday, flowing onto coastal roads and flooding properties,

The Hunga-Tonga-Hunga-Ha’apai volcano first erupted Friday, sending a plume of ash 20 kilometers (12.4 miles) into the air, according to RNZ. A second eruption hit on Saturday at 5:26 p.m. local time, RNZ reported.

The Pacific Tsunami Warning Center said tsunami waves of 2 feet were reported at Pago Pago, the capital of American Samoa.

Update:  In Alaska, a wave of 1 point 2 feet was observed in Nikolski while waves as tall as one foot was observed in Atka, Adak, and King Cove.  The last wave was predicted to reach Homer shortly after nine a.m.  People are advised to get out of the water and stay away from the shore.

A tsunami advisory is now in effect for the US west coast including the states of California, Oregon, Washington and Alaska, according to the NWS National Tsunami Warning Center in Palmer, Alaska. See the advisory here Juneau 7-Day Outlook - KINY (kinyradio.com)