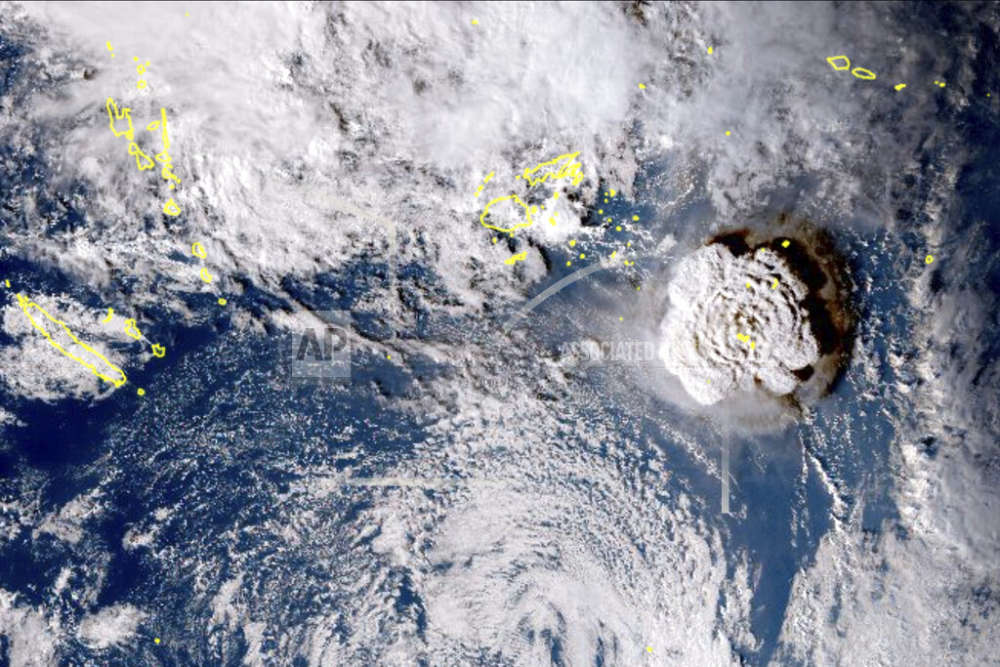 WELLINGTON, New Zealand (AP and KINY) — The tsunami threat around the Pacific from a huge undersea volcanic eruption has begun to recede, while the extent of damage to Tonga remains unclear.

The eruption on Saturday sent tsunami waves swirling around buildings and people rushing to higher ground. There were no immediate reports of injuries or damage because all internet connectivity with Tonga was lost.

Following the eruption, a tsunami advisory was issued for Japan, Hawaii, Alaska and the U.S. Pacific coast.

Authorities in Southern California closed beaches and piers as a precaution. The Hunga Tonga Hunga Ha’apai volcano is located about 40 miles north of Tonga's capital. A series of eruptions in 2014 and 2015 disrupted international air travel to the Pacific archipelago for several days.

The highest wave in Alaska was 3 point 3 feet at King Cove.  A wave of 1 point 2 feet was  observed in Nikolski while waves as tall as one foot were observed in Atka  and Adak. The last wave was expected to reach Homer shortly after nine.  The highest recorded wave on the west coast was 4 point 3 feet in Port San Luis, California.

The initial coastal tsunami advisory included the states of California, Oregon, Washington and Alaska, according to the National Tsunami Warning Center. Advisories for many of these regions have since been canceled, and at last report Saturday night are only in effect for portions of the California coast.